Lessons to Be Learned From Mistakes of 9/11 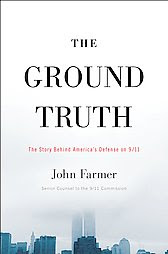 Newark, NJ – The nation’s top-down command structure was abysmally ill-prepared to respond to the surprise attacks of September 11, 2001 and, as the bungled response to the much-anticipated Hurricane Katrina underscored, remains a bureaucratic hindrance to the “on the ground” way in which crises are actually experienced and most effectively addressed. Equally important, misleading accounts by the administration and the military of key aspects of the air and ground response on 9/11 have set the country up to fail in response to future threats.

That’s the conclusion presented by John J. Farmer, Jr., former Senior Counsel and Team Leader to the 9/11 Commission and now Dean of Rutgers School of Law–Newark, in The Ground Truth: The Untold Story of America Under Attack on 9/11, published today by Riverhead Books. Douglas Brinkley, author of The Great Deluge, says that “all Americans should read” the book, which he describes as “a highly recommended historical curative for our times.” Brinkley praises the “keen analytical insight” with which Farmer “rips the lid off of many mysteries pertaining to both the 9/11 attacks and Hurricane Katrina.” Kirkus Review concludes that the book “makes excellent use of declassified primary-source documents from 9/11” and describes it as “an important systematic brief on how an elaborately constructed national-defense system was penetrated . . . .”

The Ground Truth draws on Farmer’s experience with the 9/11 Commission as well as recently declassified tapes and transcripts to show a disturbing disconnect between what those in charge of the country’s security knew and what was actually happening on the ground and in the skies. Dean Farmer, one of the principal authors of the 9/11 Commission Report, includes critical evidence omitted in recent reports by the Departments of Defense and Transportation. The Commission, believing that civilian and military officials had not been completely forthright in their information to Congress, the media, and the Commission itself about significant aspects of 9/11, had requested the reports.

“At some level of government,” says Dean Farmer, “at some point in time, a decision was made not to tell the truth about the national response to the attacks on the morning of 9/11. We owe the truth to the families of the victims of 9/11. We owe it to the American public as well, because only by understanding what has gone wrong in the past can we assure our nation’s safety in the future.”

The Ground Truth narrates the government’s growing awareness of and reaction to the al Qaeda terrorist threat in units of time as it was lived – from years down to the final minutes and seconds to intervene and respond, vividly portraying key moments. The final section considers the nature of government in crisis. Dean Farmer offers seven lessons to be learned from the responses to 9/11 and Hurricane Katrina, with perhaps the most important: “A government reshaped by the lessons of its prior experiences requires candor.” And the “ground truth”? It’s that the fault for failing to detect or interdict the attacks lay in the nature of modern government itself. “Unless we change government, unless we plan to respond to crises the way we now know they are experienced,” says Dean Farmer, “we will fail to protect ourselves, with horrifying consequences.”

John Farmer became Dean of Rutgers School of Law–Newark on July 1, 2009. In addition to his work for the 9/11 Commission, he has served as Attorney General of New Jersey, Chief Counsel to Governor Christine Todd Whitman, as a federal prosecutor, a law enforcement expert to the special envoy for Middle East regional security, and a founding partner of a New Jersey law firm.