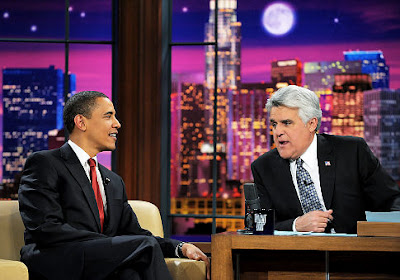 If NBC's Jay Leno Shuffle isn't the worst programming blunder in TV history, it might be the most embarrassing.

Assuming NBC does indeed end Leno's 10 p.m. show and return him to 11:35, that's a jumbo-size, extra-cream pie square in the face of a network that over the last few years hasn't gotten much of anything right.

Moreover, while NBC has had some bad luck in that stretch, this pie is 100% self-delivered.

For months last year, NBC confidently declared that moving Leno to 10, and wiping out all scripted drama in that prime-time hour, was not foolhardy but visionary.

It was sold as a win-win, and NBC did everything short of asserting that rival network execs who laughed at this plan were just jealous they hadn't thought of it first.

To be fair, on paper it didn't necessarily look like the worst idea ever. It's just that on paper, NBC wasn't counting on Leno averaging 29% fewer viewers than last season, which was pretty anemic itself.

NBC wasn't counting on its affiliates getting rebellious over having a much smaller pool of viewers delivered to the late-night local newscasts.

Yet as late as this week, NBC valiantly insisted the center was holding.

The network had only promised advertisers a little over 5 million viewers a night, and Leno was delivering that.

So even though an Ad Age survey showed that spots on Leno's show were going for $54,000 - about half what the network charged last year for the dreadful, quickly canceled drama "My Own Worst Enemy" - NBC made money because Leno's show was so much cheaper to produce.

Now even NBC seems to be admitting that wasn't enough.

Leno, interestingly, is the least damaged party here. His audience is intact and he'll land somewhere comfortable. It will be a harder landing for Conan because he's now tarnished goods, a cult hero who tanked when he got closer to prime time.

NBC, meanwhile, has to glue Humpty Dumpty back together, hoping Leno can rehook his old late-night viewers while it figures out what to do with five vacant hours of prime time.

A number of dominoes led to The Leno Shuffle, starting way back with NBC's fear that Conan would follow Letterman and leave if he didn't get a more prominent spot.

The last clinching domino, however, was NBC looking at its 10 p.m. schedule last year and saying, "Hey, why not put Leno there? How could things get worse?" Now we know.