The Hemperor, Jack Herer has Died 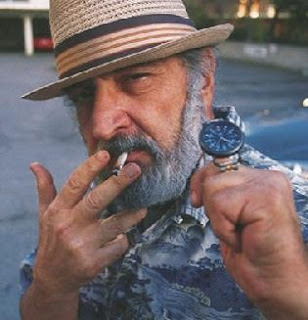 The global cannabis community mourns the loss of the great Jack Herer.

The one and only Jack Herer will be missed forever.

(SALEM, Ore.) - The sad news has been confirmed. Jack Herer, 70-year old author of The Emperor Wears No Clothes and renowned around the world for hemp activism, has died at 11:17 a.m. today, in Eugene, Oregon.

Jack Herer suffered a heart attack last September just after speaking on stage at the Portland HempStalk festival. The last seven months have proven to be a huge challenge to the man, with several health issues making his recovery complicated.

Jack Herer's health has been poor lately, this last week there have been reports of the severity, and an outpouring of prayers on his behalf.

"Jack Herer has been a good friend and associate of mine for over 30 years. I was there when he had the heart attack at our Hempstalk festival and I know he wouldn’t appreciate the quality of life he's endured these last months. Still he will be greatly missed. I honor his memory."

"No other single person has done more to educate people all across the world about industrial hemp and marijuana as Jack Herer. His book is translated into a dozen different languages, it's a bestseller in Germany," added Stanford.

"The Hempstalk stage will forever be the Jack Herer Memorial stage. And, a Memorial is planned to be built where he fell that day," Stanford said.

"His legacy will continue to inspire and encourage for generations to come."