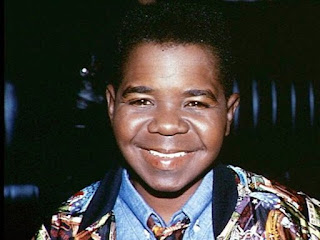 PROVO, Utah — Gary Coleman, the adorable, pint-sized child star of the smash 1970s TV sitcom "Diff'rent Strokes" who spent the rest of his life struggling on Hollywood's D-list, died Friday after suffering a brain hemorrhage. He was 42.

Life support was terminated and Coleman died at 12:05 p.m. MDT with family and friends at his side, Utah Valley Regional Medical Center spokeswoman Janet Frank said.

Coleman, with his sparkling eyes and perfect comic timing, quickly became a star after "Diff'rent Strokes" debuted in 1978. He played Arnold Jackson, the younger one of a pair of African-American brothers adopted by a wealthy white man.

"It's unfortunate. It's a sad day," said Todd Bridges, who played Willis. "It's sad that I'm the last kid alive from the show."

The series lives on thanks to DVDs and YouTube. But its equally enduring legacy became the troubles in adulthood of its former child stars.

In 1989, Bridges was acquitted of attempted murder in the shooting of a drug dealer. The then 24-year-old Bridges testified he became depressed and turned to drugs after "Diff'rent Strokes" was canceled.

Dana Plato, who played the boys' white, teenage sister, pleaded guilty in 1991 to a robbery charge. She died in 1999 of an overdose of painkiller and muscle relaxer. The medical examiner's office ruled the death a suicide.

Coleman's popularity also faded when the show ended after six seasons on NBC and two on ABC.

He remained estranged until his death from his parents Sue and Willie Coleman, who said they learned about his hospitalization and death from media reports.

Sue Coleman said she wanted to reconcile and had been patiently waiting for her son to be ready.

"One of the things that I had prayed for was that nothing like this would happen before we could sit with Gary and (wife) Shannon and say, 'we're here and we love you,'" Sue Coleman said. "We just didn't want to push him."

She would not discuss the cause of the estrangement.

In 1989, when Gary Coleman was 21, she filed a court request trying to gain control of her son's $6 million fortune, saying he was incapable of handling his affairs. He said the move "obviously stems from her frustration at not being able to control my life."

Coleman chafed at his permanent association with "Diff'rent Strokes" but also tried to capitalize on it through minor reality shows. endorsements and other TV appearances.

His role as a car-washing plantation slave in the 2008 conservative political satire "An American Carol" was cut from the final print.

The diminutive actor also appeared in last year's "Midgets vs. Mascots," a film that pits little people against mascots in a series of silly contests for a chance to win $1 million.

Coleman met with producers of the film earlier this year to ask them to remove a brief scene of frontal nudity that he says he didn't authorize.

His adult life also was marked with legal, financial and health troubles, suicide attempts and even a 2003 run for California governor.

Coleman suffered continuing ill health from the kidney disease that stunted his growth. The condition required dialysis and at least two transplants. As an adult, his height reached only 4 feet 8 inches.

He suffered the brain hemorrhage Wednesday at his Santaquin home, 55 miles south of Salt Lake City.

A statement from his family said he was conscious and lucid until midday Thursday, when his condition worsened and he slipped into unconsciousness. Coleman was then placed on life support.

In a 1979 Los Angeles Times profile, Sue Coleman said her son had always been a ham as a small child. He acted in some commercials before he was signed by T.A.T., the production company that created "Diff'rent Strokes."

The sitcom drew most of its laughs from the tiny, 10-year-old Coleman. Race and class relations became topics on the show as much as the typical trials of growing up.

However, the attention his starring role brought him could be a burden as well as a pleasure.

Coleman said in 2001 that he would do a TV series again, but "only under the absolute condition that it be an ensemble cast and that everybody gets a chance to shine."

"I certainly am not going to be the only person on the show working," he said. "I've done that. I didn't like it."

Coleman was among 135 candidates who ran in California's bizarre 2003 recall election to replace then-Gov. Gray Davis, whom voters ousted in favor of Arnold Schwarzenegger.

Running for office gave him a chance to show another side of himself, he said at the time.

"This is really interesting and cool, and I've been enjoying the heck out of it because I get to be intelligent, which is something I don't get to do very often," he said.

Legal disputes dogged him repeatedly. And in a 1993 television interview, he said he had twice tried to kill himself by overdosing on pills.

He moved to Utah in fall 2005, and according to a tally in early 2010, officers were called to assist or intervene with Coleman more than 20 times in the following years. The responses included a call where Coleman said he had taken dozens of Oxycontin pills and wanted to die.

Some of the disputes involved his wife, Shannon Price, whom he met on the set of the 2006 comedy "Church Ball" and married in 2007.

In September 2008, a dustup with a fan at a Utah bowling alley led Coleman to plead no contest to disorderly conduct. The fan also sued him, claiming the actor punched him and ran into him with his truck.