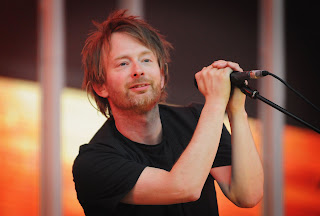 Radiohead frontman Thom Yorke is warning the music industry is on the brink of collapse, insisting young musicians should resist signing record deals because the major labels will "completely fold" within months.

The British rockers broke away from their longtime label, EMI, in 2007 and went on to embrace the new digital era with the release their seventh album, In Rainbows, which they offered up over the internet and allowed fans to choose the price.

Yorke has now issued a warning to upcoming artists, urging them not to sign traditional record deals because they would be tying themselves to "the sinking ship."

In an interview for a new high school textbook called The Rax Active Citizen Toolkit, which aims to inspire youngsters to become more politically literate, Yorke claims the music industry is on the verge of a major crisis and could collapse completely within "months".

He says, "It will be only a matter of time - months rather than years - before the music business establishment completely folds. (It will be) no great loss to the world."

Email ThisBlogThis!Share to TwitterShare to FacebookShare to Pinterest
Labels: Radiohead