Jacques Cousteau Centennial: What He Did, Why He Matters 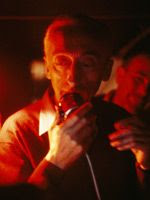 Jacques Cousteau Centennial: What He Did, Why He Matters
Marking Cousteau's hundredth anniversary—five successes, one great legacy
Ker Than
June 11, 2010

Why is the ocean explorer such a legend? Here are five good reasons.

With his iconic red beanie and famed ship Calypso, the French marine explorer, inventor, filmmaker, and conservationist sailed the world for much of the late 20th century, educating millions about the Earth's oceans and its inhabitants—and inspiring their protection.

Little of it would have been possible without scuba gear, which Cousteau pioneered when in World War II he, along with engineer Emile Gagnan, co-created the Aqua-Lung, a twin-hose underwater breathing apparatus.

With the Aqua-Lung, Cousteau and his crew were able to explore and film parts of the ocean depths that had never been seen before.

Jacques Cousteau's pioneering underwater documentaries—including the Oscar-winning films The Silent World, The Golden Fish, and World Without Sun—"had a storyline," said Clark Lee Merriam, a spokesperson for the Cousteau Society.

"Their message was 'Come with me and look at this wonderful thing and see how it acts and behaves,'" said Merriam, who had worked with Cousteau for nearly 20 years before the explorer died in 1997.

"It was a deep and complete introduction for the general public to the undersea world."

Jacques Cousteau and his team created the first underwater habitat for humans: Conshelf I, which begat Conshelf II and III. The habitats could house working oceanauts for weeks at a time.

"He was ahead of even the United States Navy, which was doing the same thing in proving people could live and operate underwater for extended periods of time," Merriam said.

Broadly speaking, "it's technology that industry uses now, because it's a lot less expensive to keep someone down there working than to have them down there for 30 minutes and come back up," she said.

Cousteau "intervened personally with heads of state and helped get the numbers necessary for the [International Whaling] Commission to pass the moratorium" on commercial whaling in 1986, Merriam said.

The moratorium remains in place today, though some countries still hunt whales in the name of scientific research.

Cousteau organized a popular campaign against a French-government plan to dump nuclear waste into the Mediterranean Sea in 1960—and took his fight straight to the president of the republic.

Cousteau "faced off with General de Gualle in France about the proposed dumping, and he continued to oppose nuclear power," Merriam said.

"He acknowledged that it was a clean power source and full of possibilities but felt that—as long as we're dealing with waste that we don't know how to handle—we should not pursue it."

In the end, the train carrying the waste turned back after women and children staged a sit-in on the tracks.

Cousteau's films and books could make the ocean seem like a boundless and bountiful wonderland, bursting with life and blessedly isolated. But the captain himself knew better.

"He thought it was a conceit of humans that the oceans are endless and that we can keep turning to them as an unending source of food and anything else we wanted," Merriam said.

By all accounts, Cousteau was not always an ardent environmentalist, nor was he always particularly sensitive to the creatures he was filming in the beginning. "He started out as a spear fisherman and a world explorer, not a guardian," Merriam said.

Merriam points to a "horrific" scene in The Silent World in which the Calypso collides with a baby sperm whale. Believing the animal to be near death, the crew shoots the animal—then also shoots sharks that attack the now dead whale.

Merriam remembers when The Silent World was remastered about 20 years ago. "Everyone in the organization said we have to cut out these really ugly scenes that show all of this bad behavior."

But "Cousteau said, 'No, no we're not. It was true, and it shows how far we've come and how dreadful humans can be if we don't curtail ourselves,'" she recalled.

If Cousteau were alive today, he would probably be saddened by how little has been done to address pollution, overfishing, and other threats to the world's oceans, said Bill Eichbaum, vice president of marine and Arctic policy at World Wildlife Fund (WWF), an international conservation organization.

But Cousteau wouldn't be discouraged, said Eichbaum, who worked with Cousteau briefly during the 1970s.

"He would be passionately concerned, and I think, even more articulate and aggressive in urging governments, companies, and individuals to protect the environment," he said.

For her part, the Cousteau Society's Merriam said, "We miss the visionary, and we're glad he set us on the path that we're trying to keep on."
Posted by Robalini at Thursday, June 24, 2010