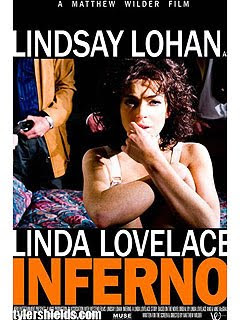 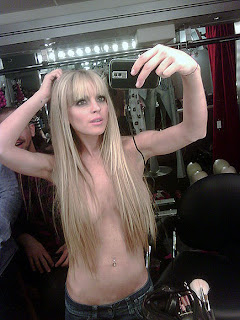 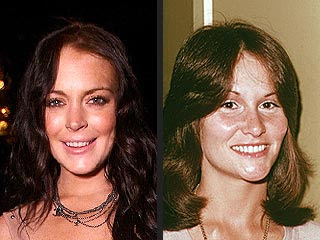 "We've all thought that Lindsay would be a great choice for a while now, and we're all convinced that she is going to do it," says Inferno producer Wali Razaqi, who confirmed the casting choice to the Los Angeles Times. "For at least a year, the director [Matthew Wilder] and I have gone back and forth imagining how awesome of a performance she could give if she was in the movie."

Besides their sharing the same monograms, Razaqi sees broad thematic parallels between Lohan and Lovelace (real name: Linda Susan Boreman), who had drug problems and was famously ambivalent about her career. She died in 2002.

"Not that Lindsay's life is similar in any way – but she's been through a lot of ups and downs," says Razaqi. "A lot of times you're loved and then you're hated, and I think she can relate to those emotions and feelings. One week she's the 'it' girl, and the next, she's the 'What are you doing?' girl."
Posted by Robalini at Wednesday, June 09, 2010