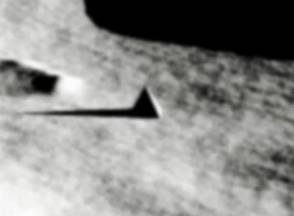 Former National Aeronautics and Space Administration Data and Photo Control Department manager, Ken Johnston, who worked for the space agency’s Lunar Receiving Laboratory during the Apollo missions has been fired for telling the truth.

Johnston asserts NASA knows astronauts discovered ancient alien cities and the remains of amazingly advanced machinery on the Moon. Some of the technology can manipulate gravity. He says the agency ordered a cover-up and forced him to participate in it. Over the past 40 years other scientists, engineers and technicians have accused NASA of cover-ups and obscuring data.

The growing number of accusers’ allegations range from hiding information about anomalous space objects and lying about the discovery of artifacts on the surface of the Moon and Mars, to denying the evidence of life reported back by the Viking lander during the mid-1970s.