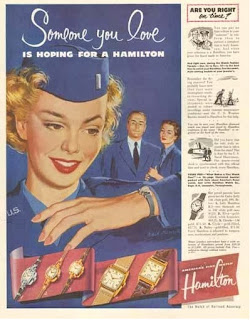 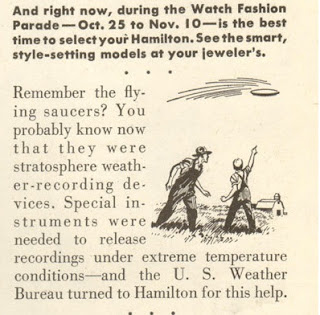 This 1951 wristwatch ad from the Hamilton Corporation mentions something about meteorological instruments and flying saucers...

The Robertson Panel certainly encouraged this explanation as one of their go-to excuses for UFO sightings, but that was not until 1952. Until then, the only official explanation of UFOs as weather balloons that I am currently aware of was during the Roswell incident itself, when General Roger Ramey said as much to the Roswell Record on July 9th, 1947. There are certainly others, but when and where, and how did this filter into the popular culture to the point where it would be used in a (presumably) national advertisement by 1951?