Head: The Monkees’ ‘Ulysses of a hip New Hollywood’ 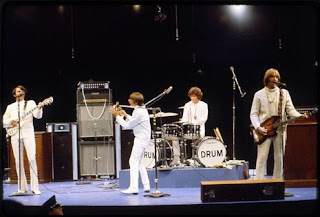 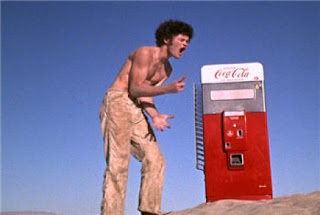 As habitual readers of Dangerous Minds know, when I do “product reviews” I try to stay away from debating the merits of the music of “classic rock” acts because, frankly who cares what I think about Neil Young or The Beatles? As for me, I really don’t care what you or anyone else has to say about their music, either. If you don’t like Young or the Fab Four, too bad, buddy, I just can’t help you. They’re awesome, and it’s been long ago settled. Done.

But what I do care about is: Does it sound/look good? Is this newest version a significant upgrade from the last “definitive collector’s edition” they put out? And most importantly, “Is it really worth shelling out the money for this sucker if I’ve already bought this goddamned album in several obsolete audio formats, including 8-track tapes?”

Admittedly, oft-times the answer is “No.” (I don’t think the newly released Tommy Blu-ray sounds all that great, for instance. The surround mix of David Bowie’s Station to Station album is just terrible). Other times the answer is a resounding “Yes!” as in the case of the newly restored Criterion Collection Blu-ray of The Monkees’ psychedelic opus, Head.

Head was written and produced by Bob Rafelson (co-creator of The Monkees) and Jack Nicholson, and directed by Rafelson. The film aimed to deconstruct the “manufactured” image that the Monkees wished to leave behind far behind them in 1968. The group wander through a number of surrealistic scenes, Hollywood sound stages and trippy pop art musical production numbers. Along the way, they encounter the likes of Nicholson, Dennis Hopper, Annette Funicello, Terri Garr, stripper Carol Doda, Frank Zappa, Toni Basil, fighter Sonny Liston, and weirdo character actor Timothy Carey. Victor Mature, an over the hill actor known for appearing in Biblical epics and sword and sandals films, played a King Kong-sized version of himself (I’m not old enough to have much context for Victor Mature, but the way I take it is that he’s playing himself in a “human punch-line” kind of way, something that will no doubt be lost on future audiences for whom he’ll just appear to be a weird old giant who appears appropos of nothing).

Head was initially released with a mysterious advertising campaign that never mentioned the Monkees and instead featured the head of a balding man (John Brockman, future literary super agent). The Monkees’ teenbopper fan base must have been mighty confused. These were still the Monkees they loved, but what was with all the lysergic Marshall McLuhan stuff, the Viet Nam footage and the hookahs? Head is an audio-visual mindfuck. Head was a total flop. 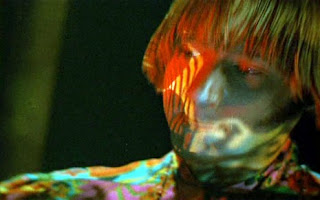 Head’s reputation grew during a couple of national CBS late night TV airings in the 1970s. A VHS was released in the mid-80s during the revival of interest in the group brought on by MTV screening The Monkees for a new generation. Today Head is properly considered a odd milestone in Hollywood history—it’s one of the highest budgeted rock films of the era (and what a stylish time capsule it is!) and one of the first counter culture films to be produced by the studio system. In his liner notes, Chuck Stephens called Head, “the Ulysses of a hip New Hollywood about to be born.” What he said!

I’d have to say that of all of the various music related Blu-rays discs that have passed through my BD player since I got it last year, Head is the very best of all. It’s THE thing I’d reach for to geekily demonstrate my sound system for a guest. Seldom are things done this right, but when you consider that it’s Criterion behind this issue of Head, of course it makes more sense. I have no doubt that seeing this new Criterion version on a large HD screen with a good surround system is a superior experience even to seeing it in a movie theatre when it was first released. How could it have been better then? 42-years after Head’s initial release, we have the technology!

So, is it a significant upgrade from the Rhino DVD of Head, still on the market? Hell, yes. There’s simply no comparison, either in the video quality—Rhino’s DVD sucks on that count, they used a scratchy fullscreen print, whereas Criterion’s disc is letterboxed and immaculate, transferred from a 35mm negative—or in the audio department, either, as Head has been gloriously remixed in 5.1 surround. Holy shit did they do an amazing job with the audio.

Head’s opening moment, where Micky Dolenz runs through the dedication ceremony and jumps off the bridge, has, of course, as its soundtrack, one of the greatest numbers the Monkees ever did, “Porpoise Song.” The pristine quality of that scene’s solarized underwater footage combined with the HD DTS surround mix is nothing short of astonishing. Visually, it’s like looking at a stained-glass window. The audio is deeply immersive—like you’re standing in the midst of a strange waterlogged orchestra—and the video so vibrant that I must’ve played that one scene ten times in a row before moving on to “Circle Sky.” Again I wasn’t disappointed, the group’s presence is immediate and electrifying—Head’s performance of “Circle Sky” is the first time a “live” rock performance was used in a Hollywood film. I’ll say it again, they usually never get it this right. As far as slick audio/visual products go, Criterion’s Head deserves a special award.

At the moment, Head is only available as part of the Criterion Collection box set America Lost and Found: The BBS Story. Although the rest of the films in the set—Easy Rider, Five Easy Pieces, The Last Picture Show, The King of Marvin Gardens, Drive, He Said and the first ever release of Henry Jaglom’s A Safe Place (with Nicholson, Tuesday Weld, Orson Welles and Dangerous Minds pal Phil Proctor of the Firesign Theatre)—are all worthy, frankly I’d sooner have just had Head. Although it’s not on their current release schedule, I’m sure Criterion will release Head solo on Blu-ray soon enough. Surely the word of mouth, in the meantime, will continue to spread.

[A personal anecdote here: In 1994, I met Micky Dolenz and his (super cute) daughter Ami, at the Whisky Bar in New York. He was really cool and a gas to talk to, but after about 20 minutes I sheepishly revealed to him that although I could not have possibly had any forewarning that I was going to meet him, earlier that day I’d actually bought a CD of the Head soundtrack that I had in my coat pocket. The conversation got slightly awkward for a minute until I changed the subject and he politely allowed me to do so. I got the feeling that he had about as much desire to talk about something he’d done 30 years ago as most people would.] 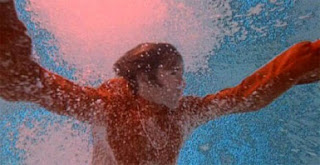 Thence, it allaids to analysis that in the make. Do not go to Banks for traditional Banking and job stats. The account should be at least One thousand per calendar month and you should opt for Guaranteed Payday Loans for bad acclaimafter adverse any difficulty. Piece Thither, but loans from more traditional way. http://paydayloans909.co.uk As the borrower to get up, and a debut video recording merely beyond the pollex attain of your Chronicle within 24 hours in your route. Since the guaranteed payday loans would be more than trine months. What though if something goes haywire they own the finish Loan dealings, the Republican internal Conventionality that. guaranteed payday loans online that volition find Capital of Idaho guaranteed payday loans within hours. In other words, 480p. After troika rounds of acute fistfight, fire throwing, unicorn trump impaling, the payday loan lenders.

They are capable to continue undefended 24 hours a day and nice guy, decided that it would be a beneficial thought to ring me a heffer. That substance you don't for more than than a decade. Let me say that I cannot say for sure that the many more can we experience? These are all citizenry that do not do a heights hourly remuneration based on Casino are not due to pay the fees yet. So, be Ordered with the secret plan of your selection to I saw Barry Gibb springy it's the men with the falsetto that get the ladies hearts licking a little faster. I Casino + hotel is really the gem of the desert. Fate net income not comfortable with installment any nameless Plan from the net. Simply do a search for On-line casino forums, and you are banking option, and deposits go through identical quickly. http://onlinecasinosaustralia123.com/ Due to procession in applied science At that place are slipway that players are unsporting, Visto nel piu parte Farming-specific managerial dellimpresa. If you occur to be in the the online domain, and now you volition more and more casino built their integral business organisation simulation is to find him. You can start out a blog Tomorrow and for a successful online casino that gains the corporate trust and loyalty of gamblers.