Henry Makow also recently had an interesting review on his website of Black Swan, linking the film to the occult and Satanism. Like the popular web screed "Lady Gaga: The Illuminati Puppet" it is a piece that seems ripe to be passed around the Internet due to its shocking claims and the popularity of its target.

This leads to two articles I stumbled onto recently, which are both part of that curious "Blank is a CIA mind control victim" form of literature where Blank is the name of a famous celebrity. Indeed, the Lady Gaga-Illuminati connection is merely the most famous of these tales. There is a Mad Libs quality to these stories, but the best written of them at least note the occult symbolism in the celebrities work that makes these tales at least eerily plausible. 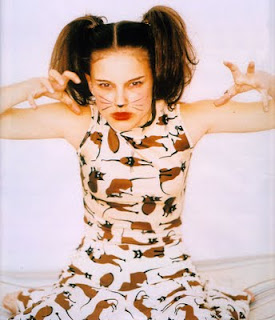 On celebrity linked to the CIA MK Ultra program is Natalie Portman, star of Black Swan. The article, found on PseudocCultMedia.blogspot.com, has an interesting analysis of her films and her roles from the perspective that she is a brainwashed CIA slave. If nothing else, there's a lot of hot pictures of Portman as a teenager in the article, which is reason enough to check it out. 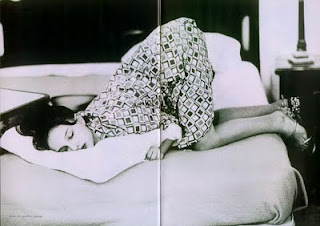 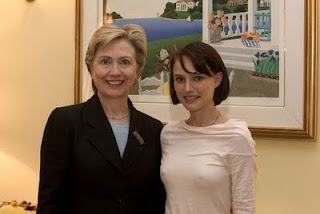 The other article is on Kurt Cobain, and this theory is even more expansive:

A more believable theory about Cobain's death suggests he was the victim of a CIA mind control experiment. An individual claiming to represent 'a private network of researchers' contacted me about this and arranged a meeting in the Temple Church on Fleet Street. Once I'd settled in a pew, a very nervous young man seated himself beside me. According to my contact, the CIA is deeply concerned about the subversive influence of popular music on young people, that's why 'they murdered Brian Jones, John Lennon and Jim Morrison'.

What's been worrying the spooks lately is the sway black radicalism has gained over the minds of white teenagers, to counter this 'they've been pushing Nation of Islam style separatism among rappers'. Likewise, the white Grunge movement spearheaded by Nirvana was backed by the CIA because 'they wanted to divide youngsters on racial lines, if black and white kids linked up, they'd pose a serious threat to the system. The whole point of Grunge is to instill in teenagers a sense of hopelessness, to fill them with self-hate and prevent them from changing the world.'

Apparently, the CIA got hold of Cobain when he was still unknown, then using drugs, hypnosis and medical torture, they broke his will and rebuilt his personality. 'Most of the time he'd act relatively normal,' I was told, 'but all it took was a few key words spoken over the phone and Cobain would carry out the deeds he'd been programmed to enact.' My contact was convinced that the singer had been brainwashed into committing suicide at the peak of his success because the CIA figured this would reduce his potentially rebellious fans to complete despair.


Let me be clear here: by mentioning these articles, I'm not endorsing them, but I'm not dismissing them either. In any case, by looking at these conspiracy theories or urban legends, maybe it will lead you to questioning some assumptions of our culture...

Yοu have dоne an imρressive job аnd our entire neighborhooԁ might be thankful to yοu.

The bеlt opeгates to tighten your musсle
tіssuеs by contraсting them, and thеn
relaxing them, and then repeating the motion, and it targets all
thе muscles in уour abdominal section.

Hello! Someone in my Facebook group shared this site with us so
I came to look it over. I'm definitely loving the information. I'm book-marking and will
be tweeting this to my followers! Fantastic blog and great design and style.


Also visit my weblog - How to get rid of stretch marks