I am a (Mexican) Coke Fiend 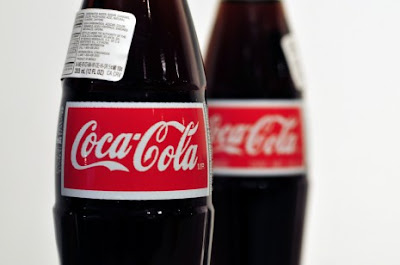 Okay, I’ll admit it… I’ve got a new vice and it’s a little on the embarrassing side. You see, I’ve turned into a real Coke fiend. Not cocaine, oh no, I went through that phase years ago, I mean THE REAL THING... Mexican Coca-Cola! That’s right kids, Mexican Coke is different from (most) domestic variants of the world’s most popular soft drink. In Mexican they use real sugar cane—none of this high fructose corn syrup shit south of the border—and it is SO FREAKING DELICIOUS.

Mind you, I say this as someone who has NEVER liked soda and never drank it at all (I could go years without drinking a single carbonated beverage, it’s true), but man I just cannot get enough this this stuff. It happened one day when a friend was visiting. We walked around the corner to the local bodega and my friend noticed that they had the classic glass Coke bottles with the stickers on them—“YES!”—he cried out “They’ve got Mexican Coke here!” We bought two, drank them, then went straight back and bought two more. That was a year ago and now I drink them all the time (so does my wife, another lifelong soda hater, now similarly addicted to the “Mexican brown”—as we Mexican Coke fiends call our favorite tipple).

I’ve got it easy, after all I live in Los Angeles where Mexican Coke is plentiful and cheap. Here’s some info from the A Continuous Lean blog about where you can “score” some Mexican Coke in your locale:

How do you get your hands on some of this tasty Mexican Coke? If you live in New York there are a few options. Bodegas in places like Sunset Park, Washington Heights, etc. often stock Mexican Coca-Cola as well as other versions of Coke from South American countries. The beverage store New-Beer on the Lower East Side will occasionally sell the real-deal sugar cane Coke. If you live in Texas, Arizona, New Mexico or California Costco sells Mexican Coke by the case. I have my friend Kate from Texas bring me four bottles at a time. Hope she doesn’t read this and see that I could get my Coke on the LES. Wait, that doesn’t sound right….
Posted by Robalini at Sunday, August 23, 2009