Is Lady Gaga a Dude? 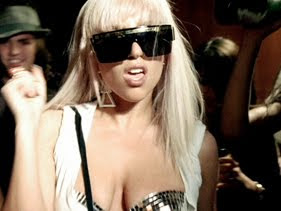 Is Lady Gaga Really A Hermaphrodite? Probably Not ...
8/7/09
Jocelyn Vena

Lady Gaga certainly knows how to get people's attention.

A video from one of the singer's concerts has materialized, and at one moment, a bulge is seen in her underwear that, well, kind of looks like male genitalia (although it may actually be her panties literally getting into a wad). In the wake of the inevitable blog chatter about her being a hermaphrodite, Gaga apparently commented on the matter.

Although we have not been able to locate the quote's original source — and her rep had not responded to our bizarre questions at press time — multiple blogs are reporting that Gaga isn't ashamed of it and does in fact consider herself a woman.

"It's not something that I'm ashamed of, it just isn't something that I go around telling everyone," she reportedly said. "Yes. I have both male and female genitalia, but I consider myself a female. It's just a little bit of a penis and really doesn't interfere much with my life."

Gaga, who has openly talked about being bisexual, added, "The reason I haven't talked about it is that its not a big deal to me. Like, come on. It's not like we all go around talking about our [genitalia]. [Editor's note — OK, she's definitely not a man!] I think this is a great opportunity to make other multiple-gendered people feel more comfortable with their bodies. I'm sexy, I'm hot. I have both. Big f---ing deal."

Bear in mind, this is the same woman who recently said she married Kanye West ...
Posted by Robalini at Tuesday, August 18, 2009

You have a very good blog that the main thing a lot of interesting and useful! erectile dysfunction Read a useful article about tramadol tramadol