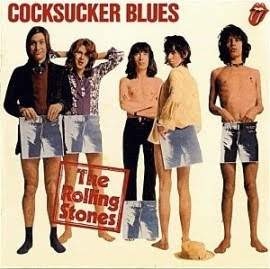 Hard to remember it now, but it wasn’t until approximately 1987 that VCRs were commonplace in America life. I lived in lower Manhattan at the time and there were very few video rental stores then, too. The only ones I can recall are Kim’s Video (originally sharing space with a dry cleaner and now with several locations) and the New Video mini-chain, now a DVD distributor. By the following year, the “tape trading underground” was starting to organize itself (aided by the then burgeoning zine scene) and an unlikely character named “Dan the Record Man” became a key node in that machinery.

Dan the Record Man was probably in his late 60s when I met him, but he was in such terrible shape that he could have been much younger. He was a classic example of what eating SHIT 24/7—in his case dirty water sauerkraut and mustard slathered hot dogs sold by street vendors outside of the Canal Street flea market where his stall was located—could do to a human body. My god did he just reek of poor health and future strokes and heart attacks, but he was a super cool old guy who had been a dancer on Hullabaloo and knew everything about music and had records so rare it made my head spin. Case in point he had copies of “The Great Lost Kinks Album” as well as the live Yardbirds LP and the novelty record “Stairway to Gilligan” that Led Zeppelin’s lawyers had yanked off the market. Once he knew you were “cool”—he was really paranoid—he’d pull back the black curtains covering the top shelves in his overstuffed corner booth and show you the bootlegs (there were thousands) and the real treasure, the bootleg music videos.

Dan had EVERYTHING you ever wanted or could ever want. And if he didn’t have it, he could get it for you (he scored Nancy Sinatra’s TV special for me as I recall). Tapes were $20 and he’d do trade if you had something really good, but in keeping with his Gollum-esque character, you had to have two really good things in order to get one of his really good things for free. Those were his rules and you could fuck off if you weren’t prepared to play by them. Old school record collectors out there will feel me when I say: you did play by his rules. Otherwise you were cut off from so much illicit bootleg goodness.

Every once in a while you could surprise Dan with something incredibly rare. At the time I knew Dan, I was working in a digital video studio that ran Super8, 16mm and 35mm film transfers. On one occasion, photographer Robert Frank booked time to make a film transfer from his little seen documentary of the Rolling Stones’ 1972 American Tour with the title Cocksucker Blues. Cocksucker Blues had an injunction against it screening (unless for charity) because, well, it was a fairly decadent and quite unflattering portrait of them, let’s just say. The staff were told that under no circumstances could we make our own copies of what Frank was coming in to transfer. Yeah right! So, uh, this friend of mine, yeah this friend of mine, made copy, a copy I then traded to Dan, for, as I recall, a live video of David Bowie’s Heroes tour from 1978 and Bowie’s 1980 Floor Show performance from The Midnight Special. Whenever I see a bootleg DVD or Bit Torrent avi of Cocksucker Blues, I always look to see if it’s a generation or two away from the one I traded with Dan. Since that was easily the cleanest copy possible to have, most of them are my copy’s progeny (I can tell by a warble in the opening credits, but they’re cut too close in the below video for me to say about this version).

In any case, my rambling anecdote about the VHS tape trading underground of the late 1980s is because I wanted you to know that the legendary BANNED Cocksucker Blues documentary has been liberated and is now for viewing on the Internet:

PS: The quality is bad. It always was bad, as the film was shot on Super8 to begin with…

I recently came accross your blog and have been reading along. I thought I would leave my first comment. I dont know what to say except that I have enjoyed reading. Nice blog. I will keep visiting this blog very often.

I need a Riddle ASAP! i know this sounds extreamly werid but i need a riddle. Dont ask why just give me something!! thanks!

Dear Robalini,
I contact you by comment because I didn’t find any other way to do it.

I would like to introduce to you Mperience (www. mperience.com), a web platform on which you can share in a brand new way movies, tv-series, music, art, and books. It also allows you to blend videos of artistic content with your own words, simply creating short stories called Memes that you can spread to a wide audience by a simple click.

As you can see, we have many themes in common with your blog and we would like to publish on Mperience some of your articles.
Actually we already inserted your post about Rolling Stones film on our page dedicated to http://www.mperience.com/view/Cocksucker_Blues

We’ll appreciate if you’ll put on your blog the Mperience’s reference, just copying and pasting a html code that I’ll give you in a second moment…

I hope that we could keep in touch and collaborate also in the future. So, if you are interested, please don’t hesitate to contact me for further information, questions or suggestions.

I seldom leave comments on blogs, but the ideas really rocks, also I have a few questions like to ask, what's your contact details?

Danielle Grant 23, of Las Vegas is a RAPIST, her DOB Feb 19, 1988 she and another man used a date rape drug on Victim at Sahara Palms Apartments 2900 El Camino ave. apt 170, Danielle L Grant sodomized the victim with a plunger. She is lite skinned 4'6 to 4'7 and she drives a Black Ford Focus, She works as an dental assistant during day. STOP this Rapist before she rapes your son or daughter. Memory just now coming back. Danielle L Grant MUST BE STOPED. She is a drug addict and dealer ( Lortab and Meth,Weed ) sometimes works as a Vegas Escort/Prostitute when she needs money. During summer She Prosititues at casino Pools to meet tourist customers.. If you have information on her criminal activities Please contact the Las Vegas Police Dept. [b][url=http://www.lasvegasmodelnetwork.com/profile/LoveyViolette]HER DISCRIPTION[/url][/b]..New Info ON RAPIST. Current Address Cimarron Apts 8301 W Flamingo Blg Apt# #2043 . Police say with out the KIT after rape not much can be done. Unless her freinds come forward with INFO. She needs To Be STOPED; PS look at her discription. She May be a TRANSVESTITE or Transgendered.