Did Four Loko Send Washington Students to the Hospital? 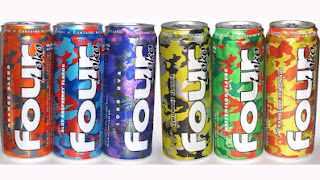 When a group of students from Central Washington University fell ill at a party and nine of them were rushed to the hospital earlier this month, doctors originally suspected the date rape drug, Rohypnol. Now investigators are looking at the alcoholic caffeine drink Four Loko.

Reports emerged that investigators had ruled out the date rape drug and turned their suspicions to the students' consumption of Four Loko as the cause--one 23.5 ounce can is roughly equivalent to drinking five or six beers plus several cups of coffee, reports ABC News.

But the company has been quick to defend their product. Students were reportedly drinking heavily and mixing alcohol the night of the party, which Four Loko spokespeople say caused them to fall ill.

The manufacturers released a statement to ABC where they insist that Four Loko is not dangerous if its warning labels are heeded:

"The unacceptable incident at Central Washington University, which appears to have involved hard liquor ... and possibly illicit substances, is precisely why we go to great lengths to ensure our products are not sold to underage consumers and are not abused."

For a "blackout in a can"--as the drink has been dubbed--which costs around $2.50 with the added bonus of caffeine, it's hardly a surprise this drink appeals to college students. Also unsurprisingly, calls to ban the drink have already started to spread across college campuses. Central Washington University has already banned the drink as well as other campuses in New York and New Jersey. After banning the drink at Ramapo College, President Peter Mercer said that drinking the beverages has, "no redeeming social purpose."

Which actually could describe most of college social life.
Posted by Robalini at Friday, October 29, 2010