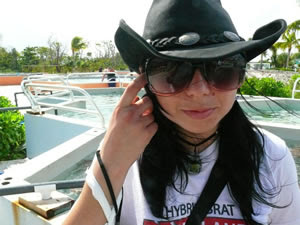 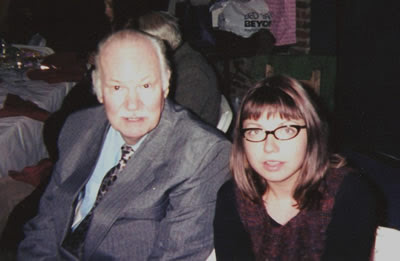 The real UFO story must encompass all of the many manifestations being observed. It is a story of ghosts and phantoms and strange mental aberrations; of an invisible world that surrounds us and occasionally engulfs us; of prophets and prophecies, and gods and demons. It is a world of illusion and hallucination where the unreal seems very real, and where reality itself is disorted by strange forces which can seemingly manipulate space, time, and physical matter--forces that are almost entirely beyond our powers of comprehension.

Nearly all of those who have finally come to an understanding of the true nature of the phenomenon have quietly abandoned the subject because they found it impossible to articulate their findings and make the incredible credible... they were rendered mute by the awesome and overwhelming realization that man is not alone; that the human race is merely a trifling part of something much bigger.

Many flying saucers seem to be nothing more than a disguise for some hidden phenomenon. They are like Trojan horses descending into our forests and farm fields, promising salvation and offering us the splendor of some great supercivilization in the sky. But while the statuesque long-haired "Venusians" have been chatting benignly with isolated traveling salesmen and farm wives, a multitude of shimmering lights and metallic disks have been silently busying themselves in the forests of Canada, the Outback country of Australia, and the swamps of Michigan. Before we can find any answers, we must first find the right questions to ask. We must understand the exact nature of these visitors, and of ourselves.

Many, many moons ago, in a dark and smoky bar deep in the wilds of Maryland, I toasted British phenomenalist/megalith expert John Michell with a fine, single malt scotch. Among the many things he impressed upon me was the idea that “at any given time, there are never more than 1,000 true Forteans on the planet.” Charles Fort, the iconoclastic author who was the first to seriously examine the airship mystery of 1896-97, as well as the first to poke fun at astronomers and their poo-pooing of strange things in the sky (Lo!, 1931), is a figure not everyone with an interest in the subject of UFOs may be familiar with, but should be.

I have long marveled at how interest in strange phenomena is so very cyclical — the spiritualist explosion of the ‘20s and ‘30s, the occultish Age of Aquarius of the ‘60s, which morphed into the crystal-strewn New Age movement of the ‘80s which morphed into the Art Bell, X-Filed ‘90s. My friend Tony Perkins has a fascinating theory about the evolution of portrayals of extraterrestrials in popular culture being shaped by astrology.

There has been an upsurge in interest amongst the general public (what that is, I’m not really sure) in UFOs, the paranormal, cryptozoology, and the like, in the past few years. Evidenced by UFO Hunters, Monsterquest and a handful of (frankly) really dumb-ass, infra-red saturated ghost-hunting excursions, I take it all as a good omen (even as the world of print continues to cough and sputter, cut pages and go bankrupt.)

My first mentor, John Keel, spent over a year of his life interviewing thousands of UFO witnesses all over the country in the late ‘60s. Sifting through mountains of data, transcripts, and sighting reports, he eventually reached a fairly startling conclusion. Coining the term “ultraterrestrial,” it was his contention that many of the strange lights seen in the sky were actually of an extradimensional — rather than extraterrestrial — origin. His groundbreaking ideas coagulated into his 1970 classic, Operation Trojan Horse (republished in paperback by now-defunct Illuminet Press in 1996, and available at a reasonable price via http://www.bookfinder.com/.)

I admired Keel for a rainbow of reasons; part of the cantankerous coot’s appeal laid in the fact that he had gotten to be a truly phenomenal adventurer, and luckily for us, managed to put a lot of it down on paper. He traveled to India in search of the elusive rope trick, got more than he bargained for, and published the whole thing in Jadoo (1957, Julian Messner, Inc.). He was first on the scene (along with fellow researcher, Gray Barker) in Point Pleasant, West Virginia, when locals were being terrorized by a fuzzy, bat-winged, red-eyed behemoth which came to be known as Mothman. (Keel’s 1975 book, The Mothman Prophecies, was fictionalized in a film of the same name starring Richard Gere in 2000; the book itself is available for almost nothing in mass market, movie tie-in paperback.) In the decades preceding the publication of his books, Keel globe-trotted, typewriter in tow, filing crazy stories for men’s magazines from Cairo to Loch Ness. Oh, how I romanticized his life when I was a kid, knowing full well that the world he had lived in was one I would probably never see. This obsession grew worse when Keel and I began corresponding when I was 17, and writing my first magazine column about “the weird stuff.” After mailing him a stack of my work, he wrote back, with warm sarcasm: “Your copy looks great, and your Xeroxing is perfect.”

John Keel passed away in New York City, on July 3rd of this year, due to a bad heart and complications of diabetes. John Michell (after having given up drinking some years ago — and trust me, no one did it with more finesse) passed away earlier this year in London. In Ufological/Fortean circles, these men were giants. (Patrick Huyghe, proprietor of Anomalist Books and Anomalist.com, remarked of Keel after his death that “he was our Michael Jackson.”)

Keel’s ultraterrestrials and tales of terror at the hands of the dread “Men in Black” linger to this day; but as we all know, Ufology is a funny thing. It is a “field,” it is a “science” of sorts, but it’s also a hobby for thousands of people — albeit a hobby laced with serious, sobering implications. A television production company recently asked me to produce my “credentials” as an Ufologist. My answer? Asking an Ufologist to produce his credentials would be like asking Captain Crunch to produce his military service record.

Meaning that, anyone can be an expert. Anyone can write a book. Anyone can espouse their individual theories without having to produce a shred of hard evidence, and for that reason, Ufology is admirably democratic, but also the reason why it has such a damn hard time being taken seriously. (As far as I know, only the venerable Jim Marrs has ever managed to teach an accredited college course on the subject of UFOs.)

After all these years bounding down the proverbial rabbit hole, I still have plenty of questions. Are we alone in the universe? What is the nature of reality? Has some shadowy government agency really had a hand in the deaths of dozens of UFO (and conspiracy) researchers over the years, and to what degree do terrestrial agencies have to do with strange craft in the sky?

My questions, however, are coupled with a lifetime of weird sightings and strange experiences. Last time I saw Jordan Maxwell, he admonished us to “always trust the one who’s looking for the truth -- never trust the one that claims he has found it.”

Ufology has many factions, which remind me at times of the street gangs in Walter Hill’s goofy 1979 movie, The Warriors. You’ve got the “hardware hounds” who believe that UFOs are solely the product of advanced military technology; you’ve got the “true believers,” who know we’re being visited by little green men and a plethora of other EBEs (which fracture into “good” and “bad” aliens); and then you’ve got the “experiencers” and abductees, the group, ostensibly, with the most up close and personal interest in the truth. Over the years, I’ve been told some wild stories, often in the strictest confidence, because “no one back home believes me.”

The work of the “old guard” is fundamental. John Keel and John Michell (and others) continue to inspire new generations of the cracked and inquisitive. Our culture, obsessed by youth and damaged by advertising, in large part, doesn’t respect its elders. (Although I give you, dear reader, more credit than the average Joe.) In the subculture of Ufology, I find far less solidarity than I would like, and as figures like Keel and Michell thin in numbers, it is up to the “new blood” to take the reins, without bickering too much in the process. Differences of opinion lead to a healthy discourse; to that end, I have attended conferences where one speaker’s lecture will entirely contradict the one following it, as attendees take it all in stride. I’ve also seen researchers get into fist fights.

Science fiction author, music legend and all-around bad-ass, Mick Farren, told me a story about organizing a famous music festival in 1971. The outdoor concert took place over Glastonbury, a mystical part of England which figures prominently in the work of John Michell. It is where a goodly number of England’s ley lines converge. Ley lines, areas of extreme geomagnetic energy, criss-cross the earth, and have long been associated with paranormal activity and mystical experiences. (In Mexico, for instance, it was discovered that the natives had built their sacred temples atop these areas of highly concentrated geomagnetic energy — which the Conquistadors later demolished, only to erect churches on the same sites, hoping to capture the sacred energy.) At the Glastonbury festival, the job of set-up was handed to some acid-dropping biker hippies. Overseeing the construction of the pyramid-shaped stage, said biker hippies stopped short before pounding the metal scaffolding into the earth. “Crikey,” one exclaimed. “What if we bloody well split the world in half?”

The point I’m trying to make with this story is that it pays to be phenomenally inclusive, rather than exclusive, to remain open-minded yet skeptical in a “classical” sense, as many of our intellectual forbears did.
Posted by Robalini at Sunday, August 23, 2009

buy tramadol tramadol for dogs no prescription - tramadol with tylenol