Abominable Snowman "Close to Being Caught" 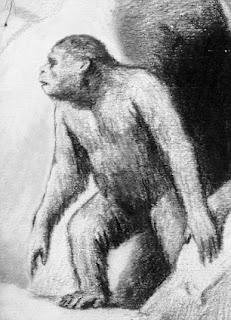 They have long been thought to be merely the stuff of legend.

But Russian officials say they have found ‘indisputable evidence’ that yetis exist – and are living in Siberia.

The bold claim follows an international conference and expedition to track down the Abominable Snowman in the Mount Shoria area.

However, doubt has already been cast on the ‘find’ – as the team has no convincing photographic or DNA evidence. Their claim appears to be based on bent branches, a single unclear footprint and a small sample of grey ‘hair’, found in a cave.

The administration of the Kemerovo region, where the cave is situated, yesterday announced that ‘indisputable evidence’ had been found.

But critics said the expedition was more about making the area a tourist destination than true science...

STILL AT LARGE: THE HISTORY OF THE YETI

The first accounts of Yetis emerged before the 19th century from Buddhists who believed that the creature inhabited the Himalayas.

They depicted the mysterious beast as having similarities to an ape and carrying a large stone as a weapon while making a whistling sound.

The term Abominable Snowman was developed in 1921 following a book by Lieutenant-Colonel Charles Howard-Bury called Mount Everest The Reconnaissance.

Popular interest in creature gathered pace in early 20th century as tourists began making their own trips to the region to try and capture the Yeti. They reported seeing strange markings in the snow.

The Daily Mail led a trip called the the Snowman Expedition in 1954 to Everest. During the trip mountaineering leader John Angelo Jackson photographed ancient paintings of Yetis and large footprints in the snow.

A number of hair samples were also found that were believed to have come from a Yeti scalp.

British mountaineer Don Whillans claimed to have witnessed a creature when scaling Annapurna in 1970. He said that while searching for a campsite he heard some odd cries which his guide attributed to a Yeti's call. That night, he saw a dark shape moving near his camp...

Email ThisBlogThis!Share to TwitterShare to FacebookShare to Pinterest
Labels: Yeti

very rarely do i come across a blog that’s both informative and entertaining, and let me tell you, you’ve hit the nail on the head