Apple co-founder Steve Jobs died on Wednesday, but he left behind a legacy full of iconic products. We've rounded up some of the most significant ones for you — along with a little bit of their history. 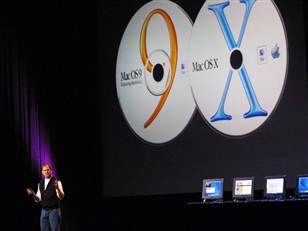 NeXT - Innovation in exile

The NeXT computer was packaged in a one-foot cube-shaped case and introduced in 1988, after Jobs had been removed from Apple. It was a high-end workstation which — despite not winning over many customers — is noted as being the system on which the first Web browser was written. It is also worth mentioning that the world's first Internet-connected server was supposedly a NeXT system. 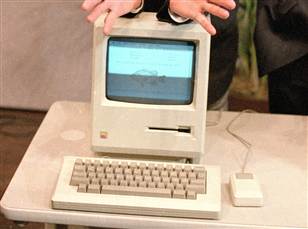 The MacBook Air was described as the "world's thinnest notebook" during its January 2008 introduction. And that was no joke — the device was an unprecedented 0.16-inches at its thinnest point. Steve Jobs presented it by pulling it out of a manila envelope. Initially Apple would only offer a 13.3-inch MacBook Air model, but in October 2010, an 11.6-inch version was announced.

The MacBook Air managed to squeeze a full-sized keyboard and display into a powerful little package which included 1.6 GHz or 1.8 GHz Intel Core 2 Duo processor (which would in later years be replaced by Intel Core i5 and Core i7 dual-core processors).

It's worth noting that — like all of Apple's notebooks since the original MacBook Pro — the MacBook Air incorporates Apple's MagSafe —a proprietary magnetically-attached power connector system.

Lisa - Ahead of its time

The Apple Lisa was a personal computer introduced in the early 1980s. Its name is supposedly either an acronym for "Local Integrated Software Architecture" or a nod to Steve Jobs' first daughter, Lisa Jobs.

While it wasn't exactly a bestseller — it is rumored that thousands of unsold units were sent to a landfill — the computer is noted for its significance in computing history. It was considered to be superior to what was coming out of the Macintosh project at that time and included a tight integration between hardware and software. Oh, and a built-in screensaver, which was uncommon at the time.

iTunes - Instant gratification via the Internet

Apple introduced the iTunes digital jukebox software in January 2001, a few months before the uveiling of the first-generation iPod. Two years later the company announced the opening of the iTunes Music Store, a place where over 200,000 songs could be purchased for 99 cents each.

In October 2005, the iTunes Store would expand to include TV shows and music videos. In September 2006, it would begin offering full-length movie downloads and by January 2008 movie rentals would be available thanks to arrangements with all major film studios.

As of October 2011, Apple has sold over 15 billion songs through the iTunes Store. 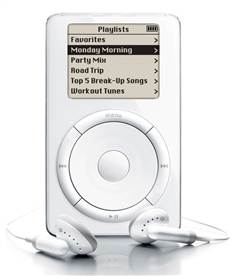 When it introduced the iPod in October 2001, Apple advertised that the portable media player is a way to carry "1,000 songs in your pocket." Since then, the company has introduced — and retired — several members of the iPod product family including the iPod Mini, iPod Nano, iPod Shuffle, and iPod Touch. Each new model has offered significantly more storage capacity than the original 5GB device.

As of October 2011, Apple has sold over 320 million iPod devices and deemed it the "world's most popular music player." 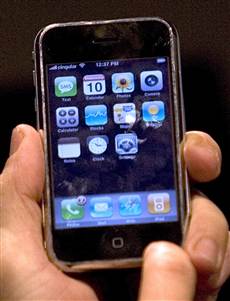 In January 2007, Apple unveiled the iPhone. It described the gadget as "combining three products — a revolutionary mobile phone, a widescreen iPod with touch controls and a breakthrough Internet communications device with desktop-class email, Web browsing, searching and maps — into one small and lightweight handheld device."

The iPhone ran Apple's very own mobile operating system, which has since been dubbed iOS. The phone was initially offered in the U.S. exclusively by cellular provider AT&T.

Since the first-generation iPhone, Apple has introduced the iPhone 3G, the iPhone 3GS, the iPhone 4 and — most recently — the iPhone 4S. At this point the mobile devices are available on three major U.S. carriers — AT&T, Verizon, and Sprint — as well as a number of international cellular providers. 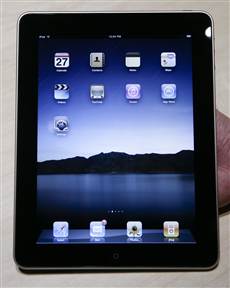 iPad - Challenger to the PC

When he stepped onto a stage to show off the iPad for the very first time in January 2010, Steve Jobs described the device as something "magical and revolutionary." The 9.7-inch slate-like gadget offered a high-resolution multi-touch display, Apple's A4 system-on-a-chip processor and an impressive 10-hour battery. The device was offered in a Wi-Fi-only as well as in a 3G-enabled version.

The next generation tablet, the iPad 2, was announced in March 2011. It was thinner, lighter and faster than the original device — and included front- and back-facing cameras for use with Apple's FaceTime video chat and Photo Booth apps.

iMac - End of the beige computer

The iMac line has seen a great deal of change since the first iMac G3, which was a 233-MHz CRT unit. The most recent model comes in 21.5- and 27-inch flat-panel versions and advertises processor speeds of up to 2.93 GHz.

The Apple II series of computers is considered among the first successful mass-produced personal computers. The first model was introduced in June 1977 and the line withered off in November 1993.

This particular line of PCs was significant as it was competitively priced and as a result made its way into many households, businesses, and educational institutions.

To this day, there are individuals who use Apple II applications on either carefully maintained systems — which are considered collectors' items — or by relying on emulator software.
Posted by Robalini at Sunday, October 16, 2011