Five Americans Who Demand the Nobel Prize in Literature:

Honorable Mention: Though he's not an American, it'd be great if Umberto Eco received the prize as well...

Thought of the Day
Thanks to Rachel Su:

Rip Torn, in the movie Dodgeball, when asked if his harsh training techniques as a coach are necessary:

"Necessary? Is it necessary for me to drink my own urine? No, but I do it anyway because it's sterile and I like the taste."

Ulysses is an opera singer in Las Vegas and a pal of mine. Check out his performance:

If you can read this you have a strong mind:

1. Cheesecake Factory
For the second consecutive year diners rated the popular chain as their No. 1 favorite. Though it didn't excel on any one attribute, the chain fared very well across most of them, especially the significant areas of food taste and quality, friendliness of service, atmosphere, and cleanliness. It suffered lower scores for speed of service and overall value; but then its signature massive portions do promise two meals from one plate.

2. Texas Roadhouse
With very high scores in food, service and atmosphere, it's no surprise that the steak and ribs joint maintained its runner-up status for the second year in a row. But a couple of blips: in spite of the chain's claim that "We provide larger portions so you get more food for your dollar" it earned a below average score for overall value. And with a relatively low rating for cleanliness, clearly there's still some work to do.

3. Olive Garden
A high scorer in the atmosphere, green/sustainable practices, and healthy choices categories, the Italian chain famous for its Never Ending Pasta Bowl, and limitless salad and breadstick proposition crept up one spot from last year. It did quite well across the board on food quality, service and cleanliness, but came out a little lower on value. Maybe they should throw in limitless desserts, too?

4. P.F. Chang's China Bistro
The Asian Bistro moved up from its 2010 No. 7 spot, but it performed poorly when rated by attributes compared to the other chains in the top 15. It ranked lowest in the overall value, cleanliness, friendly service, speed of the service and taste of food categories. When it came to quality of food, only Red Robin scored worse. PF Chang's was also considered the least kid-friendly eatery, and came in second to last for atmosphere.

5. Carrabba's Italian Grill
The Mediterranean eatery known for its wood-fire grilled fare, and warm ambience didn't even feature in 2010's top 15 list of favorite casual dining chains. Yet, this year, it rated highest for atmosphere, scored second best in the overall value, and speed of service categories after Applebee's in both instances, and was highly placed for its friendly service too. Despite its excellent performance in those attributes, however, it scored slightly below average for quality and taste of food.

6. Red Lobster
The nation's largest full-service seafood chain maintained its 2010 ranking in this year's Market Force survey. It may be on the outer peripheries of the top 5, but Red Lobster failed to excel in both food and service. PF Chang's, Red Robin and Outback Steakhouse were the only chains out of the top 15 that scored worse in quality and taste of food, speed of service, friendliness of service, and cleanliness. As for overall value, Red Lobster only fared better than PF Chang's and Red Robin.

7. Outback Steakhouse
It climbed up two spots from last year and made it well into the top 10 list of favorites. Surprisingly though, the steakhouse rated well below average in most attributes when compared to the other chains in the shortlist. Only PF Chang's and Red Robin fared worse when it came to quality and taste of food, speed of service, friendly service, and cleanliness. It also performed relatively poorly in the atmosphere, kid-friendly and healthy choices categories.

The Lone Ranger flick with Johnny Depp as Tonto has been finally greenlighted. Meanwhile, two other interesting Depp-related projects are in the works: a film biography of Dr. Seuss (with Depp playing Theodor Geisel himself) and as Nick Charles in a remake of the film classic of the 1930s The Thin Man. Javier Bardem has two movie rolls in the work: as the villain in the next James Bond flick, and as the villain in Despicable Me 2. (Guess he can't escape the villainous ways of his Oscar-winning No Country for Old Men.) 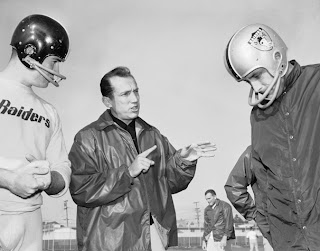