The woman who never forgets anything 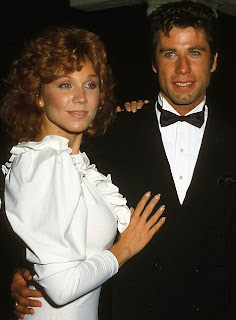 To read the full story:
http://www.dailymail.co.uk/sciencetech/article-2044538/Hollywood-star-Marilu-Henners-memory-changing-understanding-brain.html

A good memory is essential for any aspiring actress struggling with her lines. But in the case of Marilu Henner - a Broadway star who rose to fame in the 1970s sitcom Taxi - her memory isn’t just good, it’s incredible. For her, the past is simply unforgettable.

Give her any date from the past 40 years and she can instantly tell you the day of the week, what she was wearing, what the weather was like and what was on TV.

If that isn’t impressive enough, the 59-year-old Hollywood star, who most recently appeared on British TV screens in Celebrity Apprentice, can even recall with complete clarity events that happened when she was just 18 months old.

Marilu Henner is one of a handful of people with a rare condition called hyperthymesia, or ‘superior autobiographical memory’ - the ability to remember everything that happened on every day of their lives.

Their cases don’t just highlight the incredible power of the mind. They are also shaking some of the basic understanding about the nature of memory and what the limits of the brain really are.

Henner regards her supercharged memory as a gift.

‘It was never a trauma for me - it was just who I was,’ she says. ‘I was very good at remembering things: I was the family historian. People would come to me and ask me stuff, and it was never a problem.’

Her earliest memory is playing with her older brother in her family’s Chicago home aged one and a half. This has stunned scientists, who had assumed that it was virtually impossible to recall events before the age of two.

And that’s just the start. Most people can remember about 250 faces during a lifetime: Henner remembers thousands.

It is impossible for most of us to imagine what it is like to have a memory of every single day. She describes sifting through memories as ‘looking for a scene on a DVD before me.

‘In a second I’m back there, looking through my own eyes at the scene as I saw it in 1980 or whenever.’

Hyperthymesia (hyper means excessive while thymesia means memory in Greek) is a new concept in psychology. It was first identified in 2006 by a team of researchers at the University of California...
Posted by Robalini at Sunday, October 16, 2011