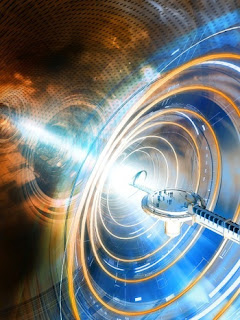 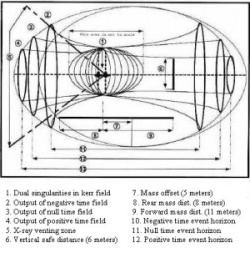 To read the full story:
http://beforeitsnews.com/story/1216/437/U.S._Scientist_Patents_Time_Machine.html 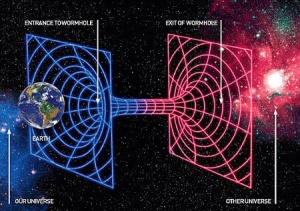 The patent for a time machine has been filed with the United States Patent and Trademark Office by one Dr. Marvin B. Pohlman of Tulsa, Oklahoma.

Who is Marvin B. Pohlman?

An American scientist, Marvin B. Pohlman is a man of many talents—and a very busy man.

According to his bio he's the Director of Governance, Risk and Compliance product strategy for a major Bay area enterprise software company. Despite the demands of his career, he's also managed to author three text books on IT governance and security.

In whatever spare time such a man has left, he found enough of it to invent a time machine.

At first glance, such a thing might be too fantastic a notion to believe, yet Pohlman does hold a Bachelor of Science in Engineering Physics, an MBA from Lexington Business School, and a PhD in computer science from Trinity University.

Perhaps he invented the time machine because he discovered he hasn't enough time to squeeze in everything he wants to accomplish?

A time traveler literally has all the time in the world

Regardless of why he invented it, he has.

From an abstract associated with the patent, Pohlman explains:

"The method employs sinusoidal oscillations of electrical bombardment on the surface of one Kerr type singularity in close proximity to a second Kerr type singularity in such a method to take advantage of the Lense-Thirring effect, to simulate the effect of two point masses on nearly radial orbits in a 2+1 dimensional anti-de Sitter space resulting in creation of circular timelike geodesics conforming to the van Stockum under the Van Den Broeck modification of the Alcubierre geometry (Van Den Broeck 1999) permitting topology change from one spacelike boundary to the other in accordance with Geroch's theorem (Geroch 1967) resulting in a method for the formation of Godel-type geodesically complete spacetime envelopes complete with closed timelike curves."
If you think this is all a big joke, take a look at the patent filing here:

What you're looking at may not last much longer in full public view. If the finished product works the U.S. military will grab it, wipe all references to it, and plunge it into another one of their deep, dark black projects.

As you can imagine, some familiar with the patent filing are skeptical...
Posted by Robalini at Sunday, October 16, 2011