Whatever one thinks about Bill Ayers and the Weather Underground, this is an ad that is gonna stick. And this is just the beginning of the Ayers-Obama attacks, as here's a picture that soon will be all over the news channels: 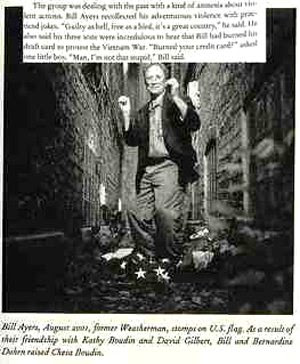 The photo is from the August 2001 issue of Chicago Magazine. The caption below the picture reads:

In case you forgot, something happened the following month...

The title of the article featuring these photos, incidentally?

No more cute photos of Obama with Paris & Britney. Preseason is officially over...
Posted by Robalini at Friday, August 29, 2008