Thanks to HillBuzz.wordpress.com for the following images

(Note – both maps are before the Democratic Convention, after which, due to a minor bounce, some states have moved towards Obama at least temporarily. The analysis is nonetheless still dead-on that the Democratic Party can’t ignore.) 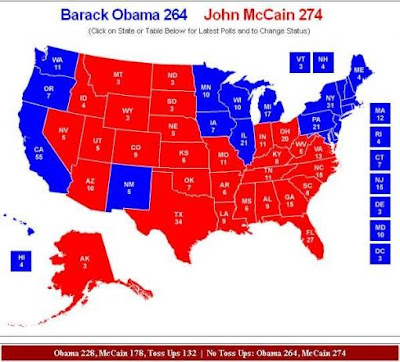 The above is the RealClearPolitics.com map of state polls of Obama-McCain. 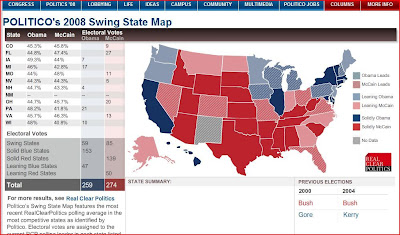 The above is the Politico.com map of state polls, in case you think I'm choosing a single map for effect.

Hmmm, where have I seen maps looking like this before? 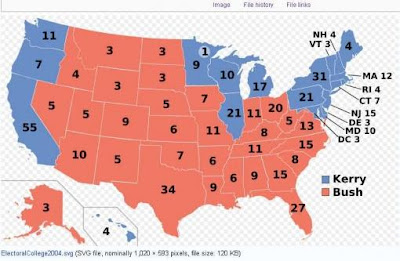 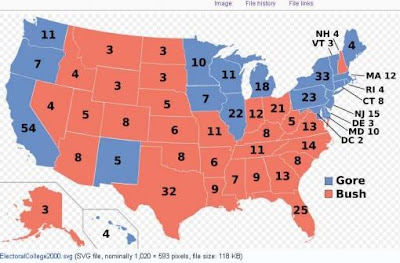 And this is before the GOP has really done any Swiftboating. (Anything that has happened so far is pre-season. The real attacks will begin next Friday.)

Yes, Obama can indeed win, but if he's going to win, he's got to penetrate the red states, and so far, he hasn't.
Posted by Robalini at Friday, August 29, 2008