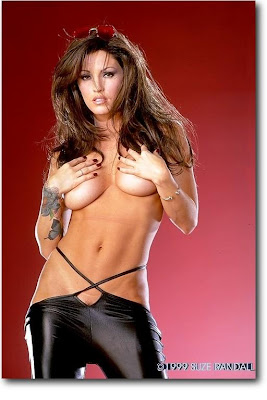 PORTLAND, CA (AP) -- An adult film actress from California faces up to a year in prison and a $100,000 fine after pleading guilty to intentionally failing to pay her federal income taxes.

As part of her plea agreement, James admitted making a down payment on a $647,000 house in Eugene, and purchasing a new Jeep and recreational vehicle while knowing she owed the taxes.

Sentencing was set for October 24 in U.S. District Court in Eugene.
Posted by Robalini at Friday, August 29, 2008