Monty the Montauk Monster is missing! The nation has been following the mysterious case of the monster of Montauk, since named "Monty" for his friendly demeanor, for what seems like days now.

According to the East Hampton Star, Monty's remains were taken from the home of Eric Olsen, the discoverer and protector of the beast.

"Someone came and took the carcass. Now I have to hunt for my damn creature," said Olsen.

It's safe to say that three words sum of this recent bit of Monty news. 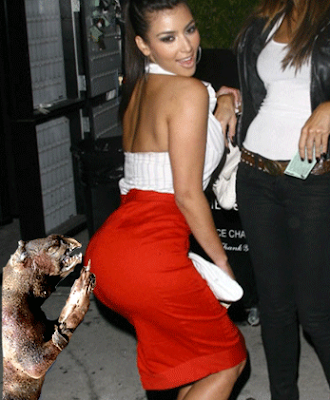 Our sources say Monty and Kim Kardashian partied into the wee hours of the night at the Villa nightclub hotspot.

Olsen should begin his search in Los Angeles, the entertainment capital of our United States.

Rumors are now circulating that Monty was seen partying at Villa Nightclub with none other than Kim Kardashian. Rumor has it he was in Los Angeles negotiating a contract for his own reality TV show. Since Monty has become the Internet's hottest phenomena, he will be commanding top dollar.

I am a fan of science fiction movies, a world traveler, a journalist, author, and rock-climber.

Email ThisBlogThis!Share to TwitterShare to FacebookShare to Pinterest
Labels: Montauk