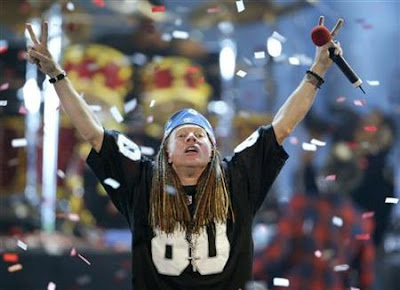 But some concrete signs are finally emerging that the album's release could be imminent. That's because, according to sources, negotiations are under way for "Chinese Democracy" to come out as an exclusive at one of the big-box retailers -- either Wal-Mart or Best Buy.

Guns N' Roses is now managed by Irving Azoff's Front Line Management, and Azoff is a well-known proponent of issuing albums exclusively through retailers. He released the Eagles' "Long Road Out of Eden" through Wal-Mart, much to the chagrin of other merchants.