Montauk Monster and the best cryptids of all-time 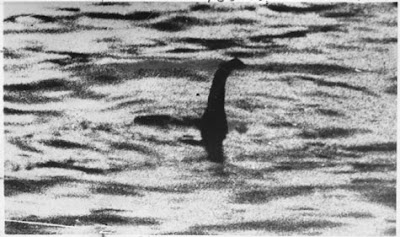 The Montauk Monster and the best cryptids of all-time
Posted: July 31, 2008
by Mark Medley

By now, you're certainly have had nightmares about the Montauk Monster story that Gawker broke on Tuesday. Is it a turtle missing its shell? A dog thrown in the ocean by its evil owner? A nutria? A viral marketing campaign for Cloverfield 2? Someone call a cryptozoologist, on the double.

This isn't the first monster to grip our collective consciousness -- there's Bigfoot, the Loch Ness Monster, and the Chupacabra -- but these are certainly not the only famous cryptids.

• Jersey Devil -- Ever wondered where the NHL's New Jersey Devils get their name from? This creature reportedly has a long, slender neck, hooves, and wings, with its height ranging from three to seven feet. Back in the 19th century the devil was blamed for the killing of livestock. More recently, the creature popped up in an episode of The X-Files.

• Jackalope -- Part rabbit, part antelope, all trouble. It lost all its mystique when it was repeatedly featured on the very unfunny America's Funniest People -- and named Jack Ching Bada-Bing -- in the early 1990s. Thanks Dave Coulier.

• The Mothman -- A large, moth-like creature that was spotted in West Virginia in the late 1960s. Richard Gere can't be wrong.

• Goatman -- A half man-half goat creature first spotted in Maryland in the late 1950s. Since then, there have been sightings as far south as Florida and as far north as Ontario.

• Mokèlé-mbèmbé -- The African equivalent to the Loch Ness Monster. A dinosaur the size of a small elephant, there have been several expeditions -- right up until this year -- to try and locate it.

• The Beast of Bray Road -- The first sightings of this werewolf-like creature were in Wisconsin in the 1980s. After a spate of sightings, one local reporter wrote a book about the beast.
Posted by Robalini at Thursday, August 21, 2008