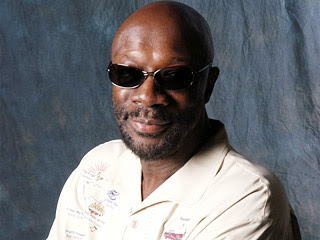 Oscar winner and Rock and Roll Hall of Famer Isaac Hayes has died at the age of 65, according to CNN.

Hayes, best known for his pop/R&B classic ''Theme From Shaft'' and more recently as the voice of Chef on South Park, was found next to an active treadmill by relatives, according to reports from the Shelby County Sheriff's Department in Memphis, Tennessee. Attempts to revive the singer were unsuccessful and he was pronounced dead in Memphis shortly after 2 p.m. on Sunday afternoon.

Hayes' career began as a songwriter and producer for Stax Records in Memphis — a pioneering R&B label of the 1960s that was widely considered the southern counterpart to Motown in Detroit. His best known compositions from this period include ''Soul Man,'' originally recorded by Sam & Dave, and later a big hit a second time when it was covered by the Blues Brothers in 1978, ''Hold On! I'm Comin','' and Carla Thomas' ''B-A-B-Y.'' (See Rachel Sweet performing the song, a U.K. hit for her in 1978.)

Hayes' breakout as a performer came in 1969 with his Hot Buttered Soul album. In 1971, his ''Theme from 'Shaft,''' won an Oscar and his performance at the Academy Awards catapulted him into the national consciousness. His increased profile led to a career in movies, starting with Tough Guys and Truck Turner in 1974. Other notable roles included John Carpenter's Escape from New York (1981), I'm Gonna Git You Sucka (1988), and Hustle and Flow (2005). On television, he was the voice of South Park's randy, but good-hearted Chef until 2006. Hayes had just finished work on a movie called Soul Men, which also stars Bernie Mac, who passed away on Saturday.
Posted by Robalini at Saturday, August 16, 2008