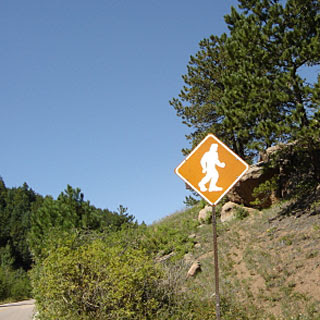 A press conference in Palo Alto, Calif. tomorrow is planned to showcase yesterday's bold claim that the remains of a Sasquatch, or bigfoot, have been found in northern Georgia. Matthew Whitton, a police officer, and Rick Dyer, a former corrections officer, along with veteran Bigfoot tracker Tom Biscardi of Searching for Bigfoot, Inc., said they came across the seven-foot, seven-inch (2.3-meter), 500-pound (227-kilogram) body of a simianlike creature in the woods. The group also said DNA tests are being carried out and that a team of undisclosed scientists will examine the corpse.

ScientificAmerican.com contacted Jeffrey Meldrum, a prominent researcher on Sasquatch and professor of anatomy and anthropology at Idaho State University in Pocatello, who has studied bigfoot prints and other clues like hair samples. Meldrum has written a book on the subject of whether or not the mystery beast is real, and has previously said that "the evidence that exists fully justifies the investigation and the pursuit of this question."

Cryptids, or bizarre, undocumented animals like the "Montauk monster" and the chupacabra, have been making the news rounds lately. Will this latest claim wither under scrutiny, or have these amateur bigfoot hunters in fact really found something?

An edited transcript of what Meldrum had to say about this week's supposed discovery follows.

What do you think of this announcement of a bigfoot body being found in Georgia?

I'm extremely skeptical about this bigfoot claim. I haven't been contacted by any of the principal [people] involved in this. I've had interactions with Tom Biscardi [the bigfoot hunter holding the press conference] in the past, and based on that history, I would say that anything he is involved in is suspect. The fact that the two Georgian men [who said they found the body] turned to him and not anyone with scientific credentials is very questionable.

What about the pictures?

So a picture is worth a 1,000 words. What I've seen so far is not compelling in the least, and I think the pictures cast grave doubts on their claim. It just looks like a costume with some fake guts thrown on top for effect. Even if [the bigfoot carcass] had have been eviscerated by a predator or a scavenger, [the entrails] wouldn't just be sitting up on top like that. Someone says [on the Internet] that they've found an off-the-shelf costume that looks a lot like the figure in these pictures.

So apparently [the bigfoot finders] stuffed the body into a freezer. You look at it and there doesn't seem to be any mass there, of muscles and bones and so forth. Also, they tried freezing the corpse in a block of ice—you wouldn't do that if you were trying to preserve a specimen, unless you're trying to hide the details.

So what is the story with the Sasquatch DNA evidence?

All the rumors about the bigfoot DNA results are just that: rumors. I spoke to Curtis Nelson (a biologist from the University of Minnesota) who is doing the DNA tests, and he all he could say is that there are no results yet—he can't say anything more due to a nondisclosure agreement. Apparently Curt just received a vial of tissue in the mail, and there's no chain of custody, no validation that this tissue came from the corpse in question. Since there is no known Sasquatch genetic material to compare it to, he may just end up with a gene sequence that doesn't match any other primates, at best.

Why would anyone stake such an outrageous claim without proof?

I don't know what their motivation would be. I don't see how they think they can perpetuate such a hoax in this day and age. You hold out hope that bigfoot will be found one day, and to some extent this is probably what that event would be like. But assuming that this kind of scenario transpires at some point, hopefully it wouldn't unfold in such a carnival atmosphere and the proper authorities and scientists would be involved.
Posted by Robalini at Thursday, August 21, 2008