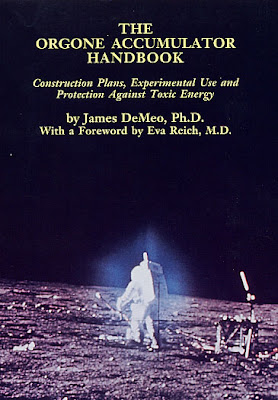 A few years ago, after being sent a review copy of The Orgone Accumulator Handbook by James DeMeo, I made a portable one out of a coffee can, wool felt and plenty of steel wool. I then stuffed steel wool into a rain gauge and this serves as my accumulator wand, although the instructions call for a test tube which I couldn't find at the time of construction. I also made a two ply accumulator blanket as well, which I use in my healing work. 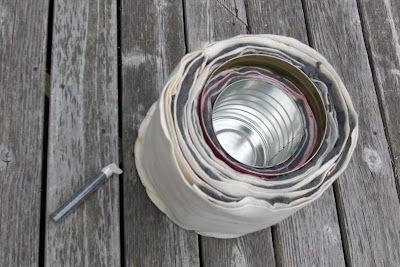 The most tangible orgone results have been gotten from putting flower seeds into the accumulator for approx. ten days. Not having a green thumb whatsoever, I have to confess that I was quite amazed at how robust the flowers have become. considering that I just dumped them in the dirt and raked them a few times to spread them out during an unusually cold spring in Minnesota. They continue to grow, some over waist high now-without any application of fertilizer on my part. I've done nothing other than weeding the flower bed once and watering the plants on a regular basis, making sure to praise their good growing job, out loud of course. 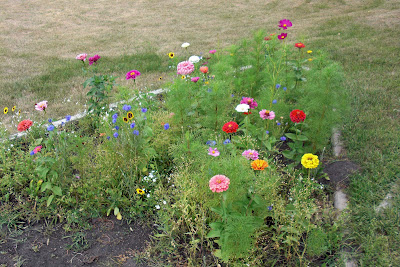 Flowers from seeds put into an Orgone Accumulator 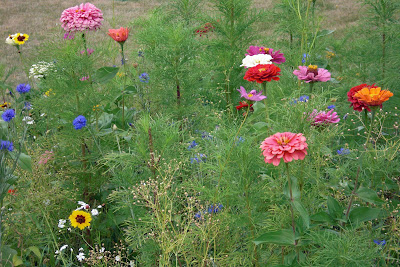 First developed by Wilhelm Reich who was most likely murdered by the AMA/ FDA for coming up with something that worked, i.e. using orgone energy to do everything from dissolve people's character armor and alleviate neurosis to improving plant growing as described above, we still can benefit from his genius and insight by making accumulators of our own. It is a fun project for sure and even a sequential klutz such as myself was able to follow the directions which can be found in DeMeo's book in chapter 16.

Orgone is most likely Reich's name for what is otherwise known as prana, chi, etc. i.e. life energy that diminishes with such things as pollution, emfs from cell phone towers and chem trails. Ironically, Demeo denies the existence of chem trails. Thus prompted, I sent him several pictures of them, one of which is included in Jerry E. Smith's Weather Warfare book, but DeMeo dismissed them all. My take on this is that he is worried about losing his credibility-esp. since he is an advocate of Reich's work and has successfully continued on with it without suffering the same harassment as Reich did, as far as I know. Maybe he'll see the reality of chem trails someday and not be afraid to admit it-then apply his knowledge of Reich's work in this area.

Reich also developed cloud busting technology which is thoroughly described in Heretic's Notebook: Emotions, Protocells, Ether-Drift and Cosmic Life Energy edited by James DeMeo and which I also reviewed a few years ago (it will take some digital digging to find it but when I do I'll post it here)-certainly worth checking out. For now I'm going to stick with the flowers and be grateful for such living proof of the efficacy of orgone accumulators.

A Toast to your Psychic Health

Thanks for sharing the link, but unfortunately it seems to be down... Does anybody have a mirror or another source? Please answer to my post if you do!

I would appreciate if a staff member here at robalini.blogspot.com could post it.

Thanks for sharing the link, but unfortunately it seems to be down... Does anybody have a mirror or another source? Please answer to my post if you do!

I would appreciate if a staff member here at robalini.blogspot.com could post it.

I have a question for the webmaster/admin here at robalini.blogspot.com.

Can I use part of the information from your post above if I give a link back to this site?

An Ultra Higher Efficiency search that tends to make the Solo-BaricÂ® [url=http://ghromelia.typepad.com/blog/2010/09/olympus-ds-2300-digital-voice-recorder.html]L7[/url] genuinely a statement item. The cone offers you deeper and stronger bass at greater listening levels with less distortion due to a smaller amount tendency to flex. Simply because, when a woofer cone flexes, there is a reduction of output. This decline of output translates into much less bass.

Thanks for sharing this link, but argg it seems to be down... Does anybody have a mirror or another source? Please reply to my message if you do!

I would appreciate if a staff member here at robalini.blogspot.com could repost it.

Thank you as the sage critique. I and my neighbour had been well-founded preparing to do some analysis about this one. We got a seize a log from our peculiar library, but i believe I discovered additional from this toss up. I'm utterly happy to see such wonderful facts enhancing shared generously available.

I have a question for the webmaster/admin here at robalini.blogspot.com.

May I use part of the information from this blog post right above if I give a link back to your website?

This is a message for the webmaster/admin here at robalini.blogspot.com.

Can I use part of the information from your post above if I give a link back to this site?

How much can a company legally cost you to let a policy holder out of his vehicle insurance?
Normally , how much does your agency charge when a person needs to terminate and how much pressure would you use to hold them?
What are some tips or something we can say if our customer has many months left on his active automotive insurance policy? Certainly, we are not going to wait until his renewal comes due each and every time.

the handbook that you mention is new to me, I have never heard about it, I think that it can be one of my next project to read!good work, love it!! cheers!!!